WhatsApp has now officially announced that it will be making numerous improvements to groups as well as chats. This included message reactions, larger file sharing, and other features that have been speculated about for months. The company has also hinted at Communities, a new tool that will make it much easier to manage a lot of different groups at the same time.

Communities would also include powerful new admin tools, such as announcement messages sent to everyone and control over which groups can be included. In a blog post, these features will be available in the coming weeks, allowing people to begin testing them even before the communities are ready, WhatsApp mentioned. 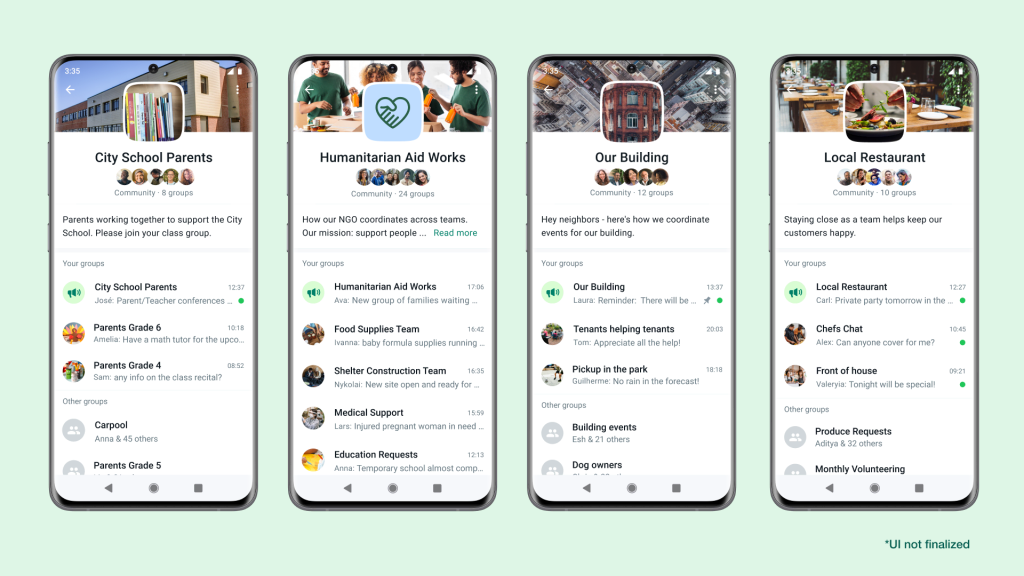 Apart from Communities, WhatsApp has announced plenty of additional group chat features. The new additions are as follows:

It’s unknown when these features will be available to the public, but they should arrive on time. Those interested in communities, on the other hand, will have to wait a little longer, as this feature is slated to be available later this year.

According to WhatsApp’s blog,

Communities on WhatsApp will enable people to bring together separate groups under one umbrella with a structure that works for them. That way people can receive updates sent to the entire Community and easily organize smaller discussion groups on what matters to them. Communities will also contain powerful new tools for admins, including announcement messages that are sent to everyone and control over which groups can be included.

While other apps are building chats for hundreds of thousands of people, we’re choosing to focus on supporting the groups that are part of our daily lives. It’s early days for Communities on WhatsApp and building the new features to support them will be a major focus of ours for the year to come. We can’t wait to get Communities in people’s hands and are looking forward to people’s feedback.