It has been close to a year since we had seen a top-end Snapdragon 7 series SoC. The Snapdragon 778G was introduced  back in May last year, and the Snapdragon 778G Plus 5G, a minor upgrade, went official in October. Now the next Snapdragon 7 Series SoC has surfaced, thanks to leaker Digital Chat Station in China. 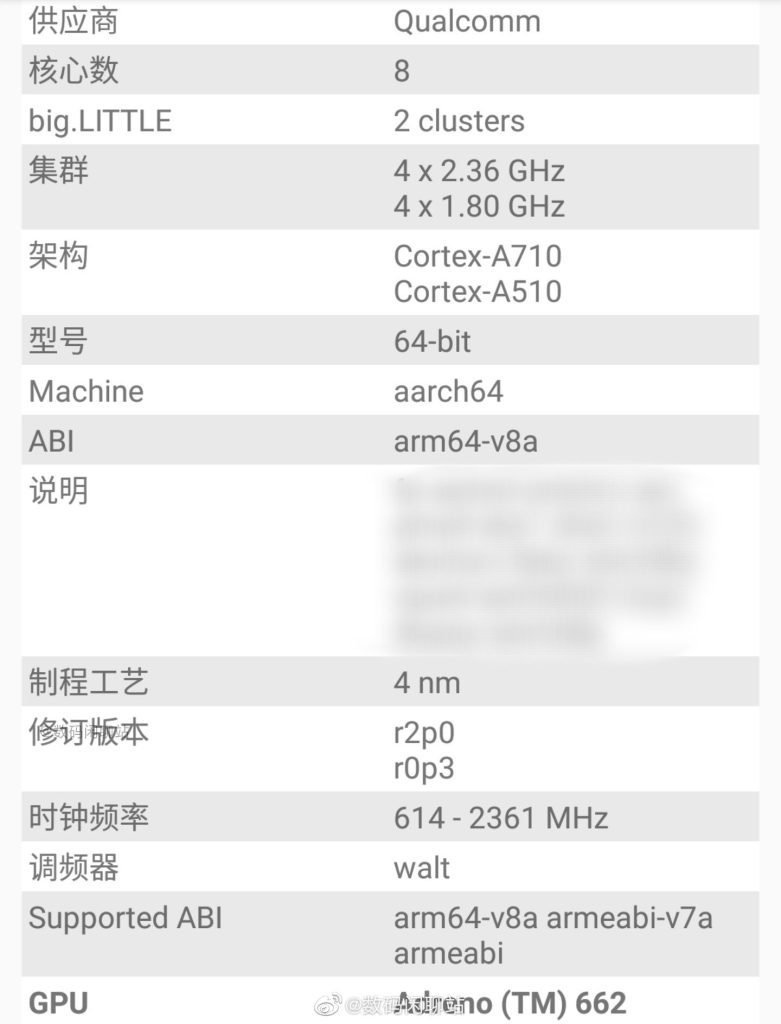 This reveals four ARM Cortex-A710 GPUs clocked at 2.36GHz and four Cortex-A510 CPUs clocked at 1.8GHz and Adreno 662 GPU. The Snapdragon 888 uses an Adreno 660 GPU, so we can expect major improvements in terms of graphics performance.

Compared to TSMC 6nm process technology in 778G, the next-generation 7 series SoC is said to use 4nm Samsung process tech. Since this will have A710 and A510 CPUs, we can also expect the CPU performance of the new generation of Snapdragon 7 to increase significantly compared to the previous generation.

Based on earlier reports, this is expected to be introduced at the Qualcomm 5G summit in May along with the Snapdragon 8 Gen 1+.