After rumours, Samsung has officially confirmed the launch of Galaxy F23 5G (SM-E236B), the company’s next F series smartphone and the successor to last year’s Galaxy F22 in India on March 8th. The company also confirmed that it will be the first-ever Galaxy F series phone with a Full HD+ 120Hz refresh rate screen, Corning Gorilla Glass 5 protection and will be powered by Snapdragon 750G 5G SoC.

The images confirm that it will feature a notch instead of a punch-hole screen, probably a side-mounted fingerprint sensor, so it should be an LCD screen. It also shows that the phone will feature a 3.5mm audio jack and there are triple rear cameras. 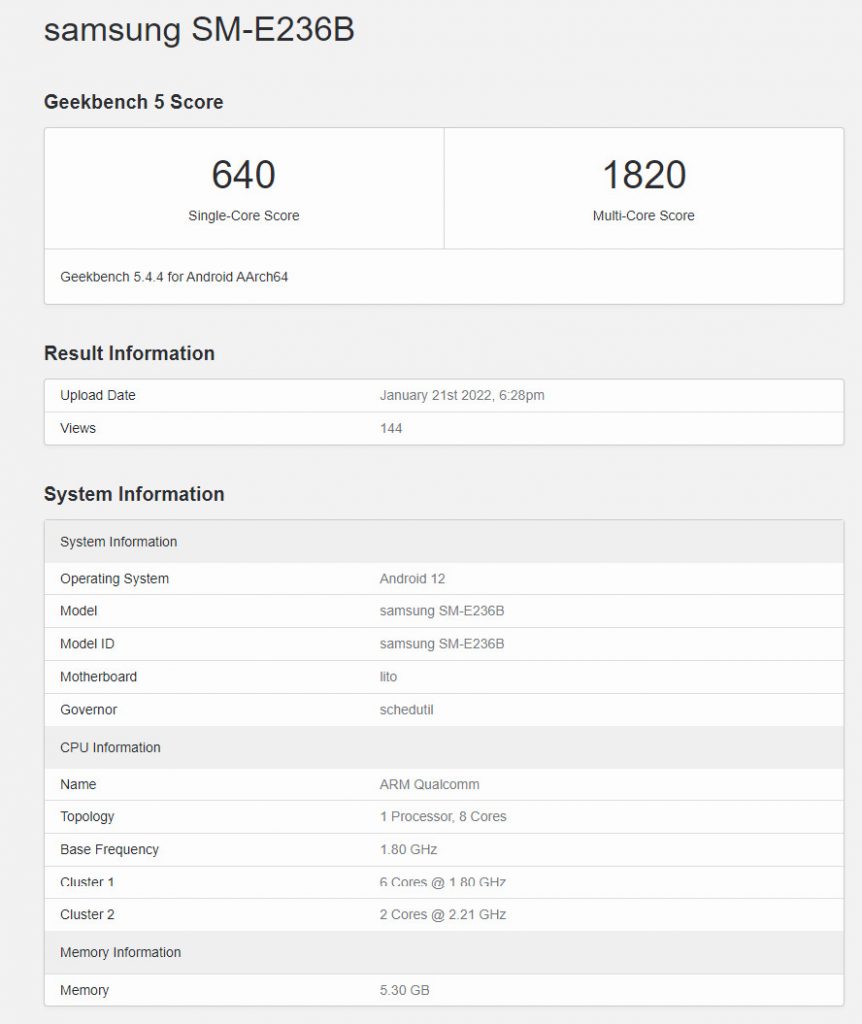 Earlier Geekbench listing revealed 6GB of RAM and Android 12 out of the box. We can expect 128GB storage as well, and the Samsung support page hints at 4GB RAM version as well.

The phone will be sold on Flipkart, in addition to Samsung India eStore. We should know the complete specifications and the price of the phone when it goes official next Tuesday.