Roku today is introducing the latest version of its streaming TV software, Roku OS 11 — an update that, this time, focuses on adding more personalization to the Roku platform, in addition to the typical usability and performance improvements included with these releases. One of the key new features arriving with the latest OS is the launch of Roku Photo Streams, which allows users to create a personalized screensaver with their own photos and even share photos to other users’ TVs. Roku will also add a new home screen destination that offers personalized suggestions of what movies and TV series to watch from across its streaming channels.

The Roku Photo Streams screensaver feature is the highlight for this update. To use the option, users will upload images to their Roku device through their desktop or mobile phone, which turns their TV into a digital photo album of sorts. But what makes the feature interesting is that users can upload and share their Streams with other Roku users, so your photos can appear on their device, too. When this stream is shared, friends and family can add their own photos to contribute to the shared album. This makes the photo stream feature collaborative and a way to stay in touch over distances.

Another notable addition with this update is the launch of “What to Watch,” another Roku-powered destination on the Home Menu. In this case, Roku will leverage data to make suggestions of what movies and shows you may like based on what streaming channels users most frequently interacted with. These recommendations will also take into account popular and trending content and titles that were recently added, says Roku. As the streaming landscape has grown more competitive, it’s been harder to keep up with what content is available and from where, so a centralized place to keep an eye on popular titles could be welcome.

In addition, Roku’s recently added “Live TV” zone on the Home Menu will now also include your recently watched Live TV content, in addition to pointing you to the free live and linear content from The Roku Channel and live TV services like Hulu, fuboTV, Sling, and YouTube TV.

Roku OS 11 includes a number of audio improvements, as well, including a new automatic speech clarity setting that aims to address the ongoing problem of mumbly movie speech by dynamically identifying then amplifying the dialogue.

Roku is also adding new sound modes, Standard, Dialogue, Movie, Music, and Night, designed for different listening experiences. Each can be selected by pressing the star button * on the Roku remote or through the Roku mobile app. And Roku is expanding A/V sync to supported player and audio devices through a tool in the mobile app, which syncs the audio with the on-screen content. This feature works when you have a player or Streambar connected to the mobile app, Roku notes. 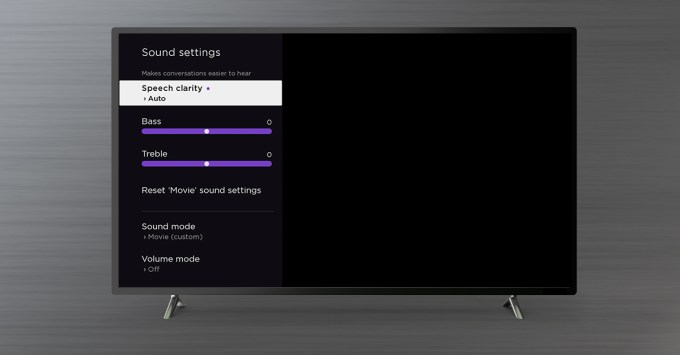 The Roku Voice-enabled keyboard, which can be useful for accessibility purposes, has been expanded to Spanish, German and Portuguese languages.

While the Roku OS 11 update is focused on Roku streaming players and TVs, the company’s Roku mobile app is being updated as part of this launch. The app update involves largely cosmetic enhancements that include new visual elements that show you where to stream movies and TV shows, noting which channels are free versus those requiring subscriptions. There are also now visual images of the cast and crew to help you choose what to watch. 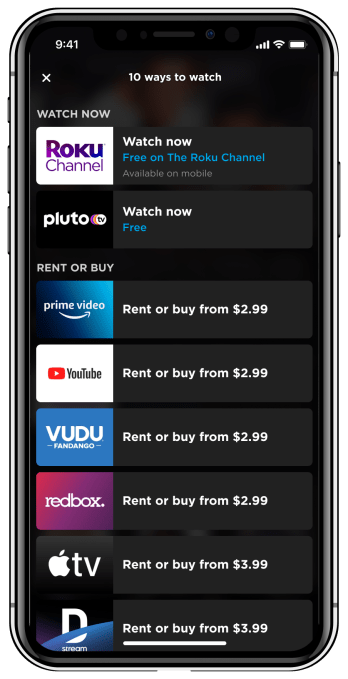 Roku’s updates aren’t immediately available on launch day for all users. Instead, updates roll out gradually to devices over the weeks ahead, initially starting with Roku players, before rolling out to Roku TVs.