The realme 10 Pro+ has grabbed the BIS certification; therefore, an announcement on its launch in India is imminent. The introduction in India appears close, as it has also passed regulatory certification in other countries. Furthermore, a Pro+ version has been confirmed after receiving NBTC approval.

Following the release of many models in the realme 9 series, the business is apparently already hard at work on the realme 10 series.

Madhav Sheth, the head of realme India, has already stated that all models will support 5G mobile connectivity, which is reasonable considering that 5G services have already been introduced in India. 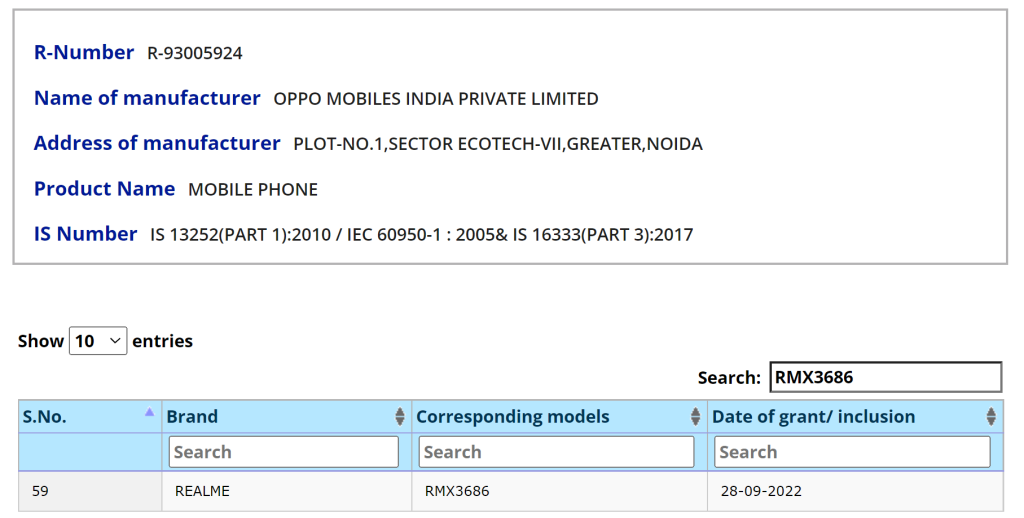 The phone has also been seen on NBTC, EEC, and TKDN in addition to the realme 10 Pro+ BIS listings. The model number RMX3686 is made known along with the official moniker’s confirmation in the NBTC listing.

The realme 10 Pro+ 5G’s model number is revealed by the Thai certification body as RMX3686, but no other information is made public. But the smartphone has also been approved by regulators in other countries, which means that it will be released in the next few months.

Mission: 1080 Likes
Reward: The new Dimensity 1080 chipset on upcoming #realme devices this year!
Are you ready for the challenge?

Unfortunately, except for validating the marketing name and the model number, these entries don’t really reveal much about the phones. Madhav Sheth has confirmed that the company will launch phones with Dimnensity 1080 this year, so the realme 10 Pro+ will likely pack this chip since it is the successor to the Dimensity 920 which powers the realme 9 Pro+.

We’re hoping to find out more information about the smartphone in the coming months.