POCO just announced the POCO F4 GT, the company’s latest gaming smartphone in a global event, as it had promised. It has similar internals as the Redmi K50 gaming edition that was introduced in China back in February, but has a different design. It packs a 6.67-inch FHD+ flexible OLED 10-bit display with 120Hz high refresh rate, 480Hz touch sampling rate, 1,920Hz PWM color adjustment, TrueColor and MEMC technology. 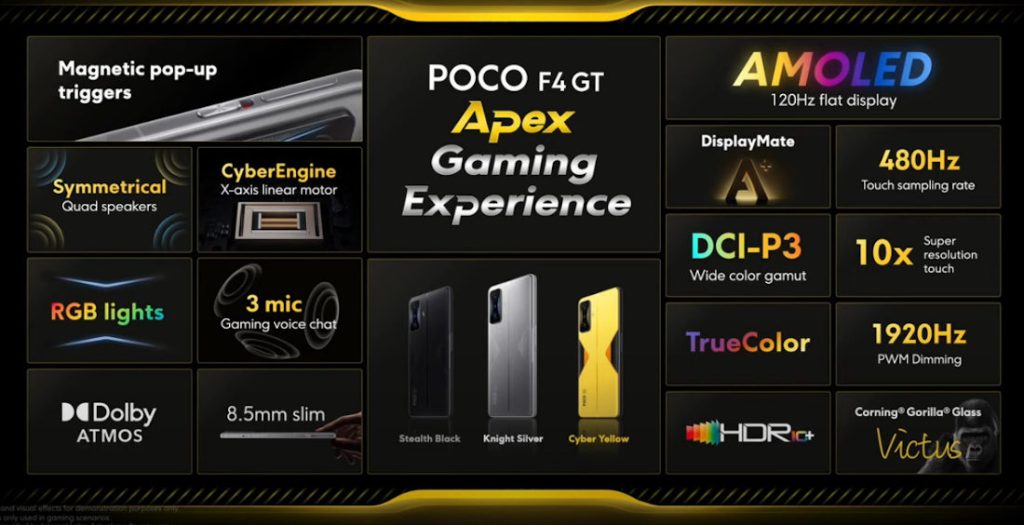 The phone is powered by Snapdragon 8 Gen 1, has a 4860mm² large dual vapor chambers and large-area graphite to keep the temperature down. The phone has CyberEngine X-axis motor 1016 and the frequency covers 50Hz-500Hz, which can achieve a richer vibration effect. MIUI has also customized 60+ daily scenarios to take advantage of this motor’s performance, says the company. It also offers 90+ vibration effects in Free Fire. 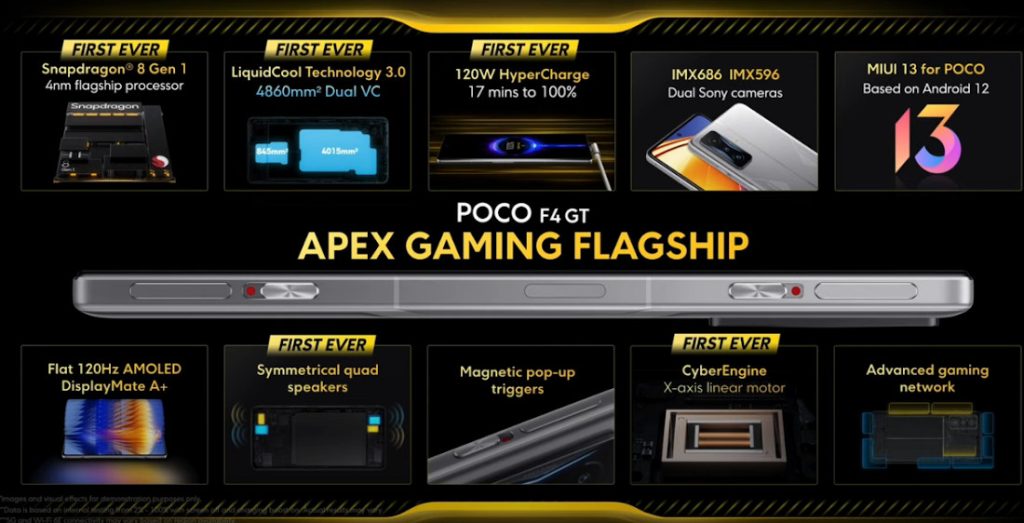 It has dual subwoofers and 0611 tweeters for a quad speaker setup and has triple microphones. There are three Wi-Fi antennas, so it can effectively reduce game latency by 30% compared to traditional dual Wi-Fi antennas. It also Wi-Fi 6E. The upgraded dedicated gaming triggers feature a total of eight pop-up magnets improving button stability, and the button fretting has been upgraded to silicone, which rebounds faster and reduces finger fatigue after long periods of gaming. Dedicated gaming buttons now also support customization, allowing users to customize the hotkeys.

The phone has a 64MP rear camera, 8MP ultra-wide angle camera and a 2MP telemacro camera. The phone packs a 4,700mAh large battery with 120W Xiaomi HyperCharge fast charging that can charge the phone up to 100% in just 17 minutes. It has an L-shaped charging cable and comes with a 120W charger in the box. There are RGB lights near the camera module that are customizable. 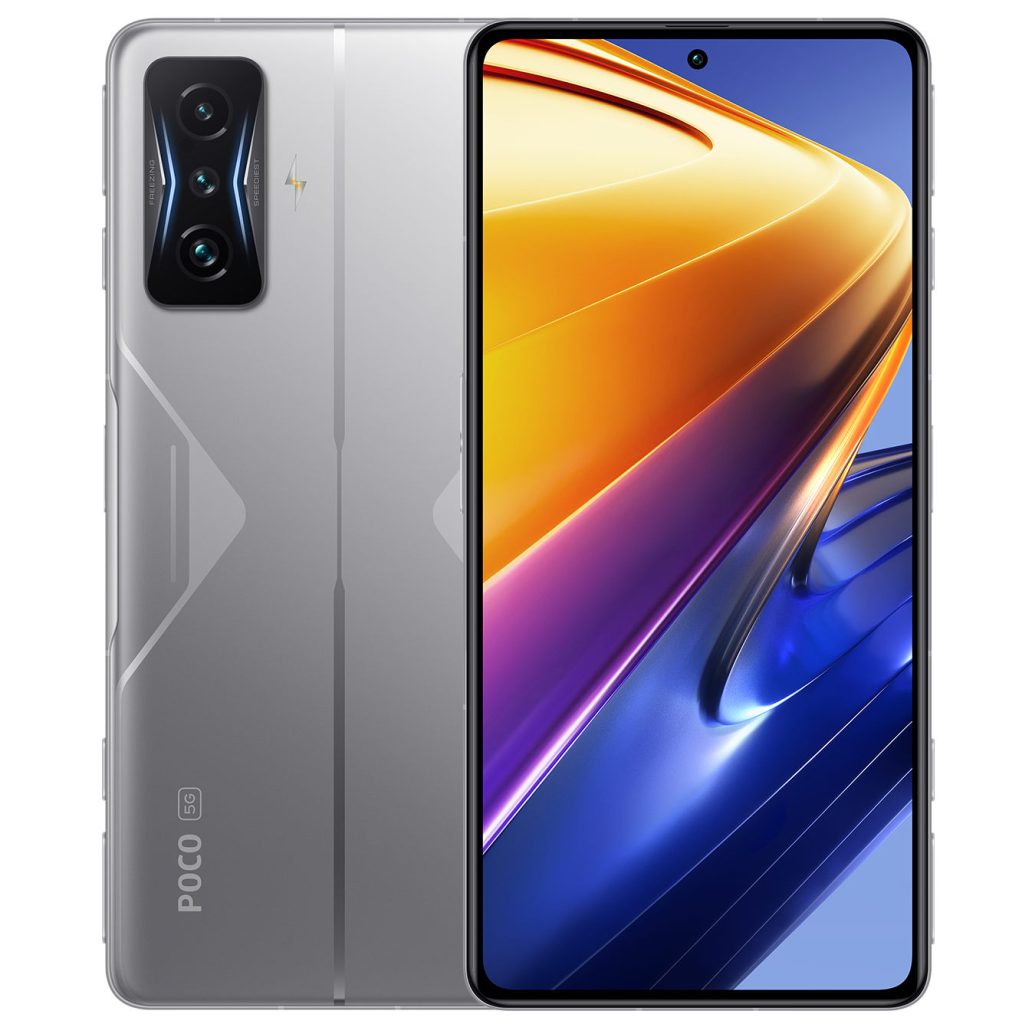