It looks like motorola is prepping for the launch of the edge 30, the vanilla version of the moto edge 30 pro, which was released back in February, as the real-time images of this upcoming device have been leaked online. The images show the top and bottom frame and the front display of the device, along with some information about its specs.

Leaked photos of the motorola edge 30 were discovered on Idle Fish, an Alibaba-owned used products store (comparable to eBay). The model number XT2203-1 appears in an image of the bootloader, which is similar to earlier disclosures of the phone.

Other information revealed by the bootloader image includes 128 GB of onboard storage, 8 GB of RAM, and the CPU codename ‘SM KODIAK,’ which could be the Snapdragon 778G Plus. On the back, we see details like a USB Type-C port and a camera hole in the center of the screen, along with a 144Hz refresh rate. There’s no headphone jack like its elder brother. 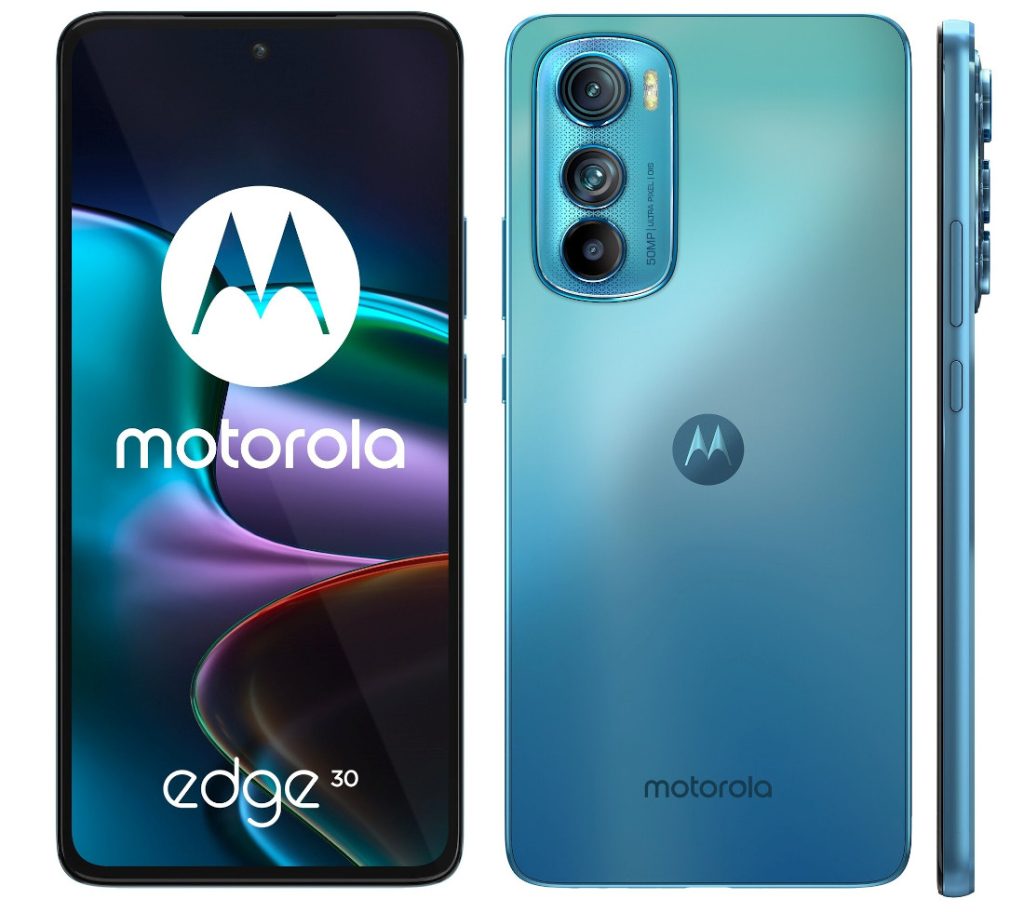 In addition to this leak, prior speculations indicate that the Motorola Edge 30 will sport a 6.55″ 144Hz pOLED screen, Snapdragon 778+ SoC, a pair of 50MP main and ultrawide sensors along with a 2MP depth sensor, a 32MP front camera, and a 4020mAh battery with 33W fast charging capability.