Even though it is not mentioned in the official release, the update adds a Quick Settings shortcut to privacy controls and security settings, new media player and output picker, brings app drawer to the taskbar that was introduced in the Android 12L. 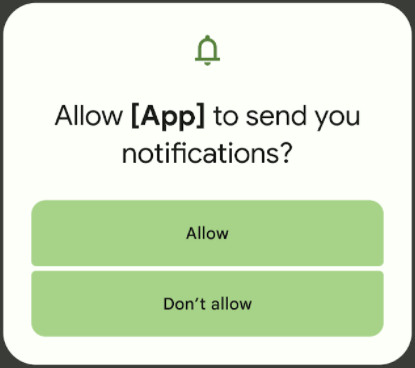 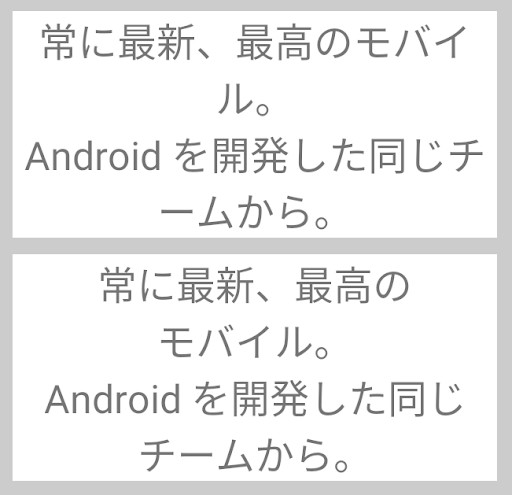 TextViews can now wrap text by Bunsetsu (the smallest unit of words that sounds natural) or phrases — instead of by character — for more polished and readable Japanese applications. 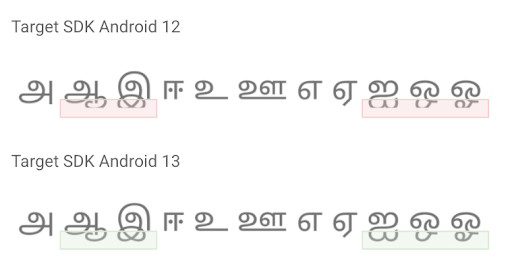 Android 13 improves the display of non-Latin scripts (such as Tamil, Burmese, Telugu, and Tibetan) by using a line height that’s adapted for each language. The new line heights prevent clipping and improve the positioning of characters.

People who speak languages like Japanese and Chinese use phonetic lettering input methods, which often slow down searching and features like auto- completion. In Android 13, apps can call the new text conversion API, so users can find what they’re looking for faster and easier. Previously, for example, searching required a Japanese user to do these steps: 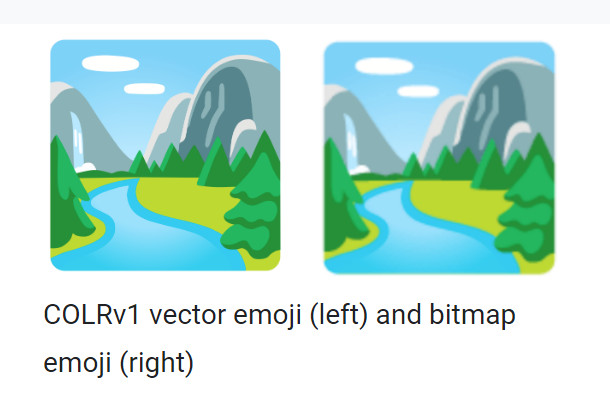 Android 13 adds rendering support for COLR version 1 (COLRv1) fonts and updates system emoji to the COLRv1 format. COLRv1 is a new and highly compact font format that renders quickly and crisply at any size.

For most apps, the system handles everything and COLRv1 just works. However, if your app implements its own text rendering and uses the system’s fonts, we recommend testing emoji rendering.

Android 13 finally brings support for Bluetooth Low Energy (LE) Audio to replace Bluetooth classic to enable new use cases and connection topologies. It will allow users to share and broadcast their audio to friends and family, or subscribe to public broadcasts for information, entertainment, or accessibility.

It’s designed to ensure that users can receive high fidelity audio without sacrificing battery life and be able to seamlessly switch between different use cases that were not possible with Bluetooth Classic.

Android 13 adds support for the new MIDI 2.0 standard, including the ability to connect MIDI 2.0 hardware through USB. This updated standard offers features such as increased resolution for controllers, better support for non-Western intonation, and more expressive performance using per-note controllers.

If you’re already running Developer Preview 1, you will automatically receive an over-the-air (OTA) update to Developer Preview 2. It is also available by manual download and flash for eligible devices (e Pixel 4/4 XL, Pixel 4a/4a 5G, Pixel 5, Pixel 6 and the Pixel 6 Pro) from Android 13 developer site. Android 13 beta 1 is expected in April, Beta 2 in May, Beta 3 in June with final APIs and behaviors, beta 4 in July and the final release sometime in August.